When you create a workflow and configure nodes and triggers, it automaticaly creates variables. These variables enable you to get and process actual values during the execution of the workflow.

Variables are created when you fill the "expected payload" field in the node edition form.
This field expect a JSON format. All the keys of the JSON object will be available as variables in the next nodes.
Only the keys of the first level will be printed but you will be able to use the keys of the nested objects either. 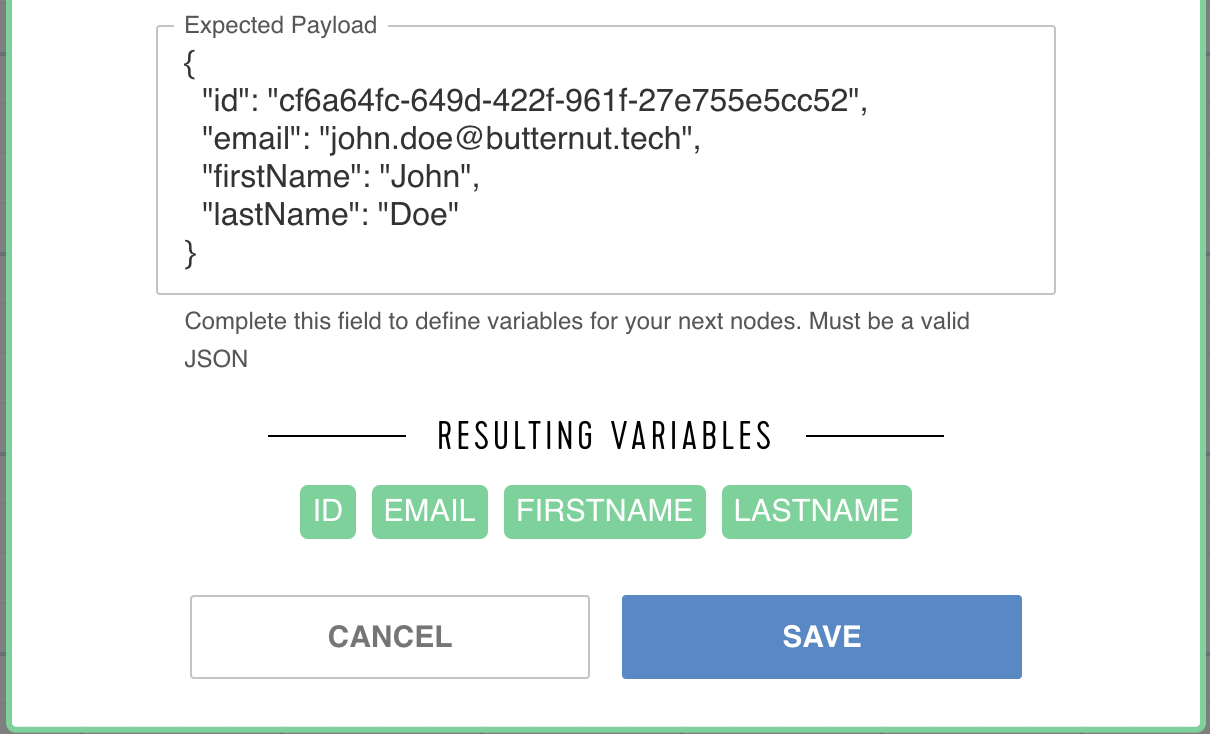 In the tab "Variables", click on the button "+ NEW VARIABLE".

Give your new variable a name and value for the differents environments you have. 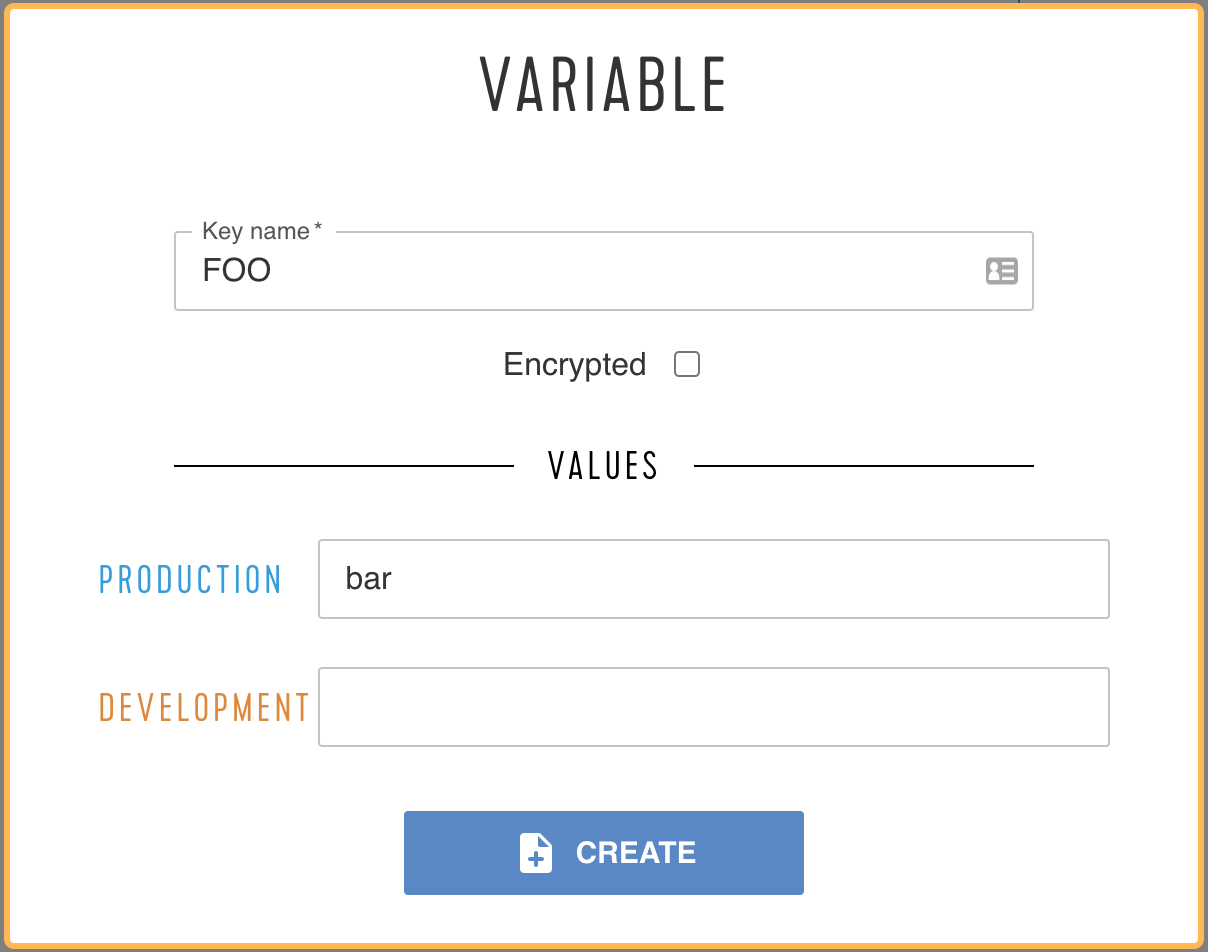 The variable is now available in all the workspace's workflows.

Variables are only availables in the parameter section of the node configuration.

Open the variable menu by typing "$".
You can :

Select the variable you want to use by typing "enter".

You can only use variables of previous nodes on the same branch. You will not be able to use result of nodes from a concurrent branch

If you get stuck at a point above, please reach out to support@butternut.tech or via this form.
We're here to support you, and together we can build great things.